* You can order either domestic or international products, but not both. 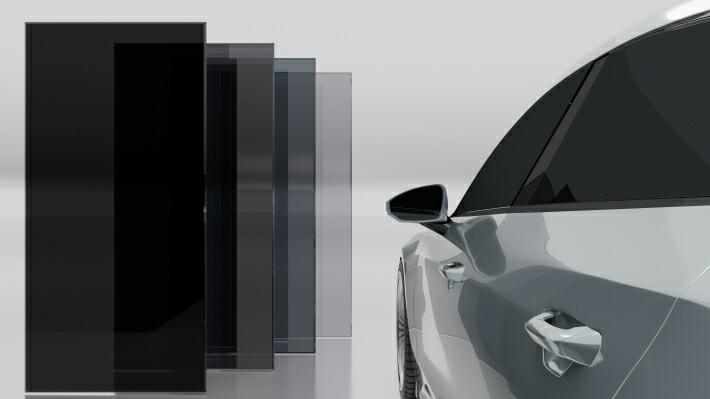 Please choose according to your needs and spend a fulfilling car life.

Gaze the inside un-viewable from the outside of the car while maintaining a clear view from inside the car.

The hard coat layer, which boasts high wear resistance, can reduce the occurrence of scratches on the film surface.

It blocks 99% or more of the ultraviolet rays that cause sunburn. It is effective in preventing deterioration of not only the face and arms but also the interior of the car.

Since the glass of automobiles uses tempered glass, if the glass breaks due to an accident, etc., it is highly likely that it will scatter in powder form, which is extremely dangerous. By sticking a film, it protects the people in the car with its high anti-scattering effect.

The excellent heat insulation effect blocks the heat of the sun in the summer and prevents the heat inside the car from escaping through the windows in the winter.

Smoke type products are film raw material coloring type. Compared to the film surface coloring type, it is more resistant to fading of the film due to aging and maintains a deep color tone for a long period of time.

SENSHA WINDOW FILMS is available not only in smoke type but also in transparent type and heat insulation type.

This product is used by about 800 stores in 34 countries around the world, including Asia, Europe, the Middle East, and Africa.